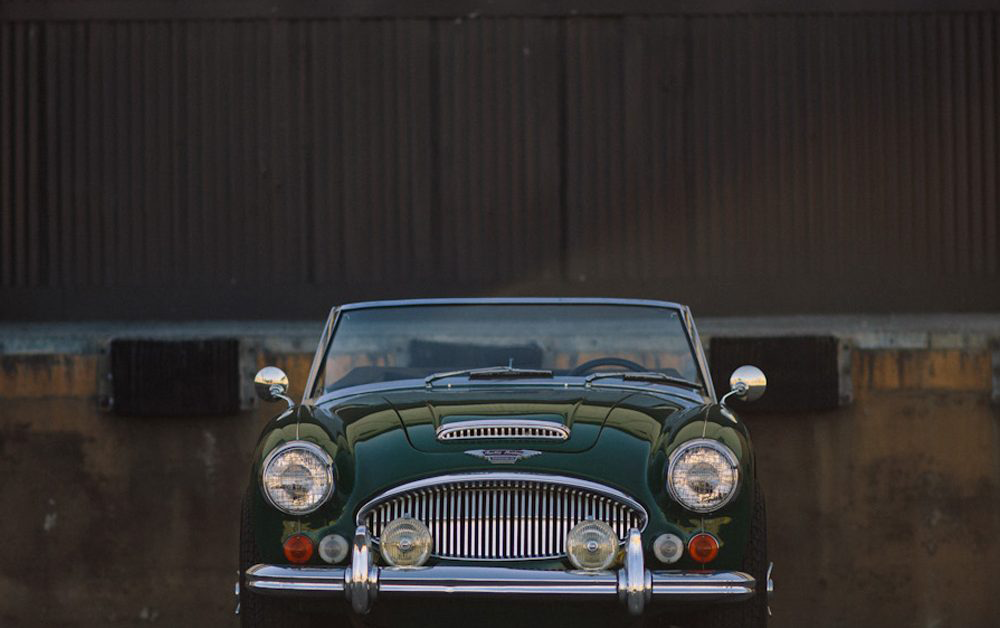 Austin-Healey was a British sports car maker established in 1952 through a joint venture between the Austin division of the British Motor Corporation (BMC) and the Donald Healey Motor Company (Healey), a renowned automotive engineering and design firm. We have a lot of experience in restoration, service-repair and maintenance.

The 3000 Mark III was launched in October 1963, and remained in production until the end of 1967 when production of Austin-Healeys ceased. Classified as the BJ8, the new model was the most powerful and luxurious of the big Healeys, with a walnut-veneer dash, wind-up windows, and a 150 hp (112 kW) engine. Improvements to the engine included a new camshaft and valve springs, and twin SU 2" HD8 carburetors, together with a new design of exhaust system. Servo-assisted brakes were now fitted as standard. Only 2+2 seat versions were made. Option extras were similar to those offered for the Mark II, the main change being that the standard interior trim was now Ambla vinyl, with leather seats being added to the list of options.In May 1964 the Phase II version of the Mark III was released, which had a modified rear chassis to allow rear ground clearance to be increased, and subsequently, in March 1965 the car also gained separate indicators, 17,712 were made.

The Austin-Healey 3000 is a British sports car built from 1959 to 1967, and is the best known of the "big" Healey models. The car's bodywork was made by Jensen Motors, and the vehicles were assembled at the BMC Abingdon works.

The Austin-Healey 3000 was introduced in 1959, replacing the Austin-Healey 100-6. Despite the name change, the changes were relatively minor compared to those between the original 100 and the 100-6. The wheelbase and body remained unchanged, and there remained two models, a 2+2 and a two-seater.